Are Service Robotics the Future for Home Robots? 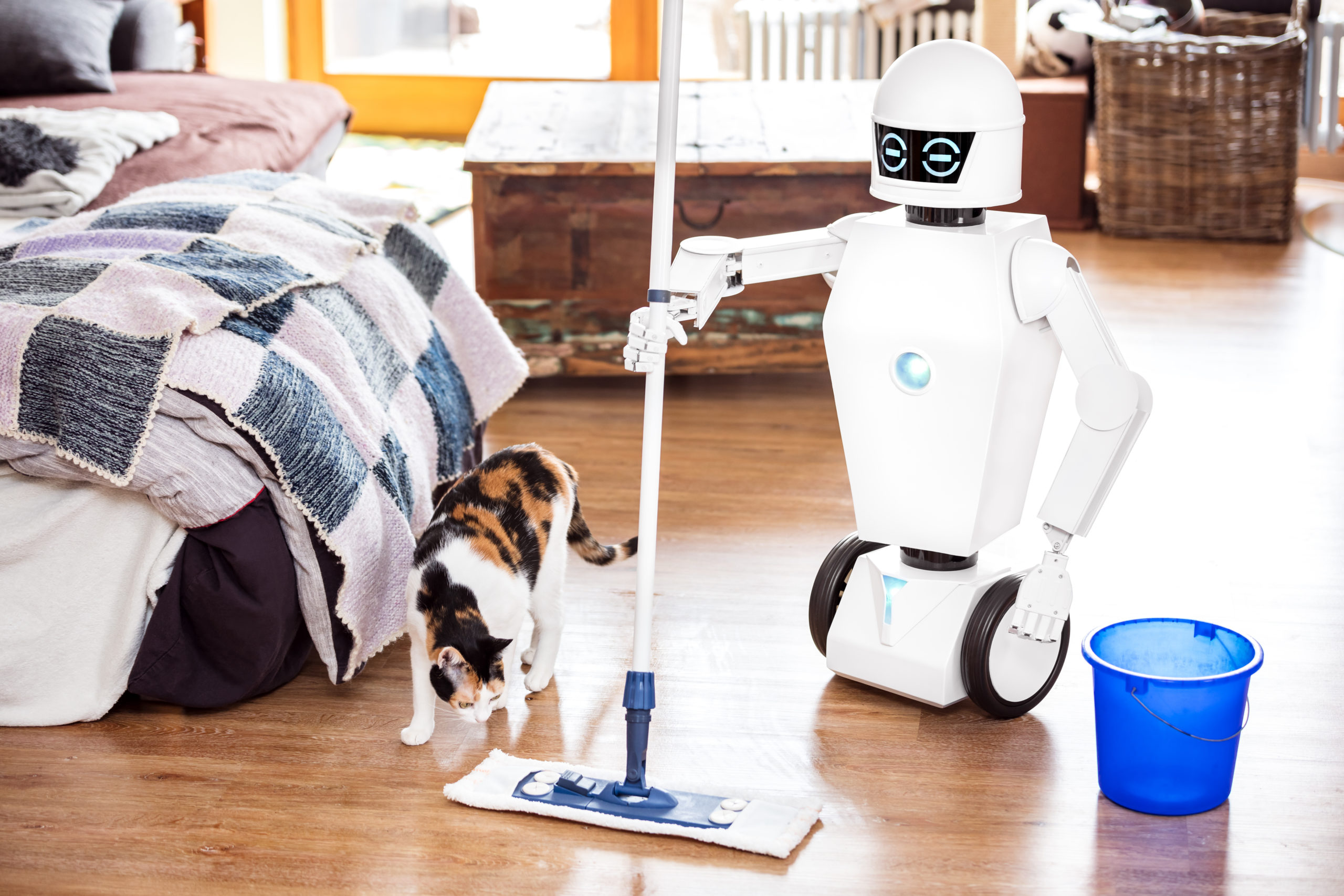 15 Apr Are Service Robotics the Future for Home Robots?

Posted at 21:41h in General by Idea Marketing
Share

A world where srvice robots routinely mingle among humans may seem like a scene from the far future. In reality, however, the service robot industry is already affecting many facets of our lives.

Robots perform many tasks once handled by human workers, especially in the industrial manufacturing and commercial industries. Robots take on many dangerous and repetitive tasks in these settings.

Robots’ tasks are often aimed at replacing human work that is “dull, dirty and dangerous,” which is often the case in the industrial and commercial worlds. Increasingly, robots are becoming part of household life, taking on some of the burden of dull, dirty, and dangerous tasks there, as well.

What Is a Service Robot?

Robots have been performing industrial tasks like manufacturing plant operations for many years. Robotics technology is being applied more frequently to commercial and medical tasks, as well.

Some robots completely replace the work of humans, while others enhance or work alongside humans to perform specialized tasks. The da Vinci Surgical System, for example, works in tandem with surgeons, who guide the robotic device through minimally invasive procedures.

Service robots are similar to robots used in these settings, but are typically used for home-based tasks. The International Organization for Standardization defines “service robot” as a robot that performs useful tasks for humans.

Robots are sometimes developed to resemble humans, but are often designed in a way that best fits the task at hand. No matter the form, robots are operated through an internal control system and programmed to perform semi-autonomous or fully-autonomous tasks. In the case of service robots, those tasks are intended to assist humans.

Personal Service Robots in Use Today

Service robots enhance home security through automated web cams that can detect, record, and alert homeowners to security breaches, as well as warning intruders to leave the property. These robots take on the job of human security guards.

Entertainment robots can control sound systems, store and organize media, and even perform tasks like making drinks for party guests. The Makr Shakr, for instance, is a robotic bar system that can create cocktails with incredible precision. While this technology is not yet widely available for home use, the manufacturer anticipates introducing a home version in the coming years.

A primary goal for personal service robots is to be able to be operated by lay people who don’t have technical backgrounds.

Advancements in the robotics field over the past several years have led to robots integrated with artificial intelligence (AI) that can actually “learn” and adapt. These modern robots can effectively make independent decisions.

New robots are continually coming to market, set to take over household tasks that homeowners famously loathe. Here are a few to watch.

The FoldiMate is a laundry folding robot that can fold an entire load of laundry in under five minutes. While it does require some human interaction, the robot is able to make quick work out of a task that is difficult for many people living with physical limitations, or who just really hate folding laundry.

Aeolus is a robot that can theoretically take over the jobs of butlers, security guards, and maids. The humanoid robot can perform house cleaning tasks, serve as a medical alarm, and surveil property through the use of built-in cameras, among many other routine and specialized tasks. The manufacturer expects Aeolus to take up residence in more homes over the next few years.

When Sony introduced the first AIBO robot dog in 1999, the company didn’t find much success, but they have continued improving the robotic canine companion. The latest model is a more realistic, AI-enhanced version that can learn about its environment and develop friendships with its human owners. AIBO could take over many of the tasks performed by service dogs, without the work involved in caring for a dog.

Among the most dreaded of pet-owner tasks has to be changing the cat litter box. Enter the aptly-named Litter Robot, which does exactly what one would expect. Owners still need to empty the attached waste bin, but the actual scooping is taken care of by the robot.

Cue the CleverBot is programmed with next-wave artificial intelligence that mimics emotional intelligence, theoretically allowing the bot to develop a personality. Your new friend can respond to texts with jokes, memes, and what feels like real conversation. While this robot may seem strictly aimed at entertainment, the technology could be especially helpful for people who have difficulty developing social skills for any number of reasons.

Looking Ahead at the Service Robot Industry

The future of home-based personal service robots is growing rapidly. Consulting firm Frost & Sullivan estimates that 42 million service bots were being used in 2019, and that the personal robot market is set to become a $19 billion market opportunity in 2020.

Industry experts predict that the next generation of personal service robots will be equipped with predictive AI that can anticipate human needs or address security issues before they happen.

This kind of AI advancement will greatly impact the consumer market. Deep Sentinel, for example, plans to release AI-powered home security and surveillance systems that can predict and disrupt crimes before they even occur. This technology relies on high-tech concepts like neural networks, computer vision, and deep learning gained through metadata.

Medical applications, in particular, represent a great deal of potential in the personal service robot field. Already being used in medical settings, robotic assistants in the home are becoming more common, especially in areas like Japan, where the population is aging rapidly. These robots can perform tasks like taking vitals, dispensing medications, and requesting emergency assistance should the need arise.

It would be impossible to predict how long it will take before robots are an expected and accepted part of daily home life, but it is clear that the time will come sooner rather than later. Ask an expert at NAI how our interconnect solutions can assist your service robot project.